For decades, the stone white tower of the Philadelphia Inquirer and Daily News building has stood along Broad Street, the electrically-lit clock tower acting as something of a beacon of truth in darkness.

That light could soon become the watchful eye of a diligent police force, as the Philadelphia Police Department has announced a plan to turn the former newspaper building into the new police headquarters.

“This is really a great location for efficiency of police operations,” said Anne Fadullon, head of the city’s Department of Planning and Development.

The plan would alter a long-standing project that the city had been working on to move the new headquarters of the city’s police force to West Philadelphia.

According to Fadullon, who announced the plan during a press event held at City Hall on Wednesday, moving the city’s police force to the old newspaper building would allow for a more efficient, cost-effective operation than the West Philly building would.

On Wednesday, city officials touted the newspaper’s former home as being more accessible to public transportation, having more room for police operations – the plan would include the consolidation of police services that are currently located remotely, like the city’s morgue, the fire and police communications unit and the 6th and 9th district buildings – while also providing a parking complex with 600 spaces for police use.

“I’m excited for a lot of reasons. … The efficiency is something you really can’t put a value on,” said Philadelphia Police Commissioner Richard Ross during the announcement of the plan, noting the importance of bringing several separate police services under one roof.

Bridget Greenwald of the city’s Department of Public Property said that the newspaper building would provide more space than the West Philly project – approximately 100,000 more square feet of space – and would allow the inclusion of not only the city’s medical examiner’s office and a central location for the city’s fire and emergency communications units, but also a place for the city’s 6th and 9th districts, allowing the city to sell former homes or vacate leased properties.

“We anticipate that we will get full use out of the site,” said Greenwald.

According to city officials, the project will cost about $288 million, and the police are expected to be able to move into the building in the spring of 2020.

As for the building at 4601 Market St., Greenwald said the city has spent about $50 million refurbishing the building, but they hope to make that money up through the sale of the building, for which she said they have already received a few offers.

Also, the city hopes to generate an additional $50 million through the sales of the buildings, like the police HQ at 8th and Race streets, the medical examiner’s office on University Avenue, and 6th District building at 11th and Vine Streets, once they are vacated.

“We hope that, over time, this will end up being a valuable investment for the city,” said Fadullon. “But not on day one.” 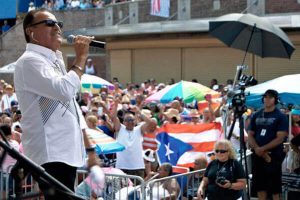