Respectable report card in first half for Flyers Regardless of Thursday’s outcome when they host the Lightning, the Flyers will coast into this weekend’s All-Star Game in Tampa Bay in a playoff spot.

Considering they went 10 games without a victory in November and were maddeningly inconsistent throughout most of the year, to sit tied with the Devils for second place in the Metro heading into Wednesday’s games is no small feat.

So, on the eve of the un-official midway point of the season, it’s time to issue the Metro’s team grades for the first half.

It’s been mostly feast or famine. Claude Giroux and Shayne Gostisbehere, who each battled back last year from offeseason surgery, and Jake Voracek are enjoying tremendous bounce-back seasons. Plus, Sean Couturier has entered the conversation for the Selke Award, given to the best defensive forward, with a career-high 26 goals. However, the supporting cast, including Wayne Simmonds, has been slow to pick up the rest of the slack. The team, which ranks 16th in scoring overall, needs more contributions from secondary players – which it has been receiving lately – to remain in the playoff hunt. The power play, ranked 12th, has been respectable.

Given the inexperience on the blue line, which has included at least two rookies, the unit has held its own. Led by second-year player and recently turned 21-year-old Ivan Provorov, the defense is ranked 18th in the league in goals against and has given the team a chance to win nearly every night. The penalty kill, ranked fourth worst in the league, has been putrid.

After a shaky start, newcomer Brian Elliott solidified the starting role and has been the team’s best player on most nights. Elliott started 17 of 18 games over December and January and was named an NHL Star of the Week twice during the stretch while backup Michal Neuvirth was sidelined with an injury. Since his return, Neuvirth has been stellar – but needs to remain healthy.

Out of the five rookies on the opening night roster, which was the most in 25 years, only defenseman Robert Hagg has shined. No. 2 pick Nolan Patrick got off to a slow start, then missed nine games due to a concussion and only recently has started to look comfortable.

Dave Hakstol gets credit for pulling the right levers on line combinations, especially moving Couturier to the first line, Giroux to wing, and lately bumping Travis Konecny to the top line and for not pressing the panic button during the 10-game slide. His team needs to get off to better starts in games and not play down the competition. As noted, the power play and penalty kill units have plenty of room for growth. 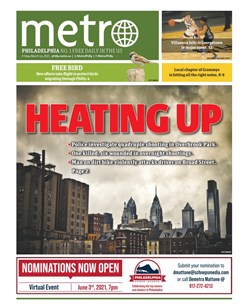 Fires and fury: Peaceful protests devolve into another night of chaos in NYC