The sounds of Philadelphia have been turned into a symphony

We’ve all gone sightseeing, but have you ever experienced a city strictly through its sounds?

That’s been the mission of Tod Machover, composer and MIT professor, who has spent the past five years creating “City Symphonies.”

His first project took him to Toronto and then he was off to Perth, Edinburgh, Lucerne, Switzerland, Detroit, Miami and now, Philadelphia.

“It’s a portrait of the city using the normal forces of the orchestra, but also tapping into a city’s spirit through the sounds of street life, traffic and parks,” Machover says. “I’m a big believer in the power of music to touch people’s lives. These days, you really have to invent new ways for people to feel.” 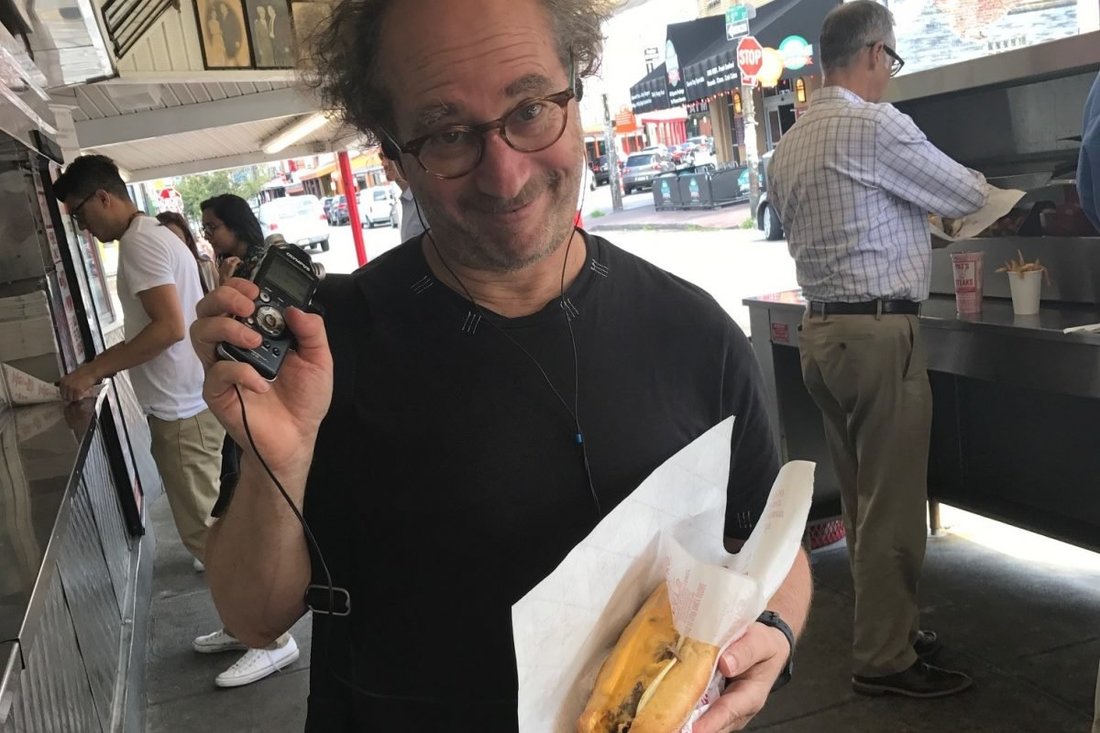 Yannick Nézet-Séguin, music director for the Philadelphia Orchestra, initially approached Machover about bringing creating a symphony for Philadelphia, and wanted to place emphasis on the voice.

“From the very beginning, Yannick said, ‘I love the human voice. I think Philadelphia has a great tradition of all kinds of singing. Can you make the voice a special feature of the Philadelphia  project?’”

While this hadn’t been done in other symphony cities, Machover accepted the challenge and has incorporated voices in a number of ways.

“Philadelphia is the city where the country was started and I thought through the voice, this would be a great project to examine what democracy means and what are the possibilities for its future,” he says. “We have four different choirs singing in the piece — 250 singers on stage with 100 or so in the orchestra.”

He even enlisted two young poets from Mighty Writers to contribute to the lyrical content of the symphony: Jayda Hepburn and Cameron Coles.

“Mighty Writers is an organization that gives workshops and mentorship for kids to learn how to write poetry and prose,” Machover says. “I went to a bunch of locations and got texts from the kids. Cameron Coles and Jayda Hepburn are a major part of the piece. They’re so incredible.” In addition to including from the Mummer’s Parade and even the Eagles Super Bowl Victory Parade, “Philadelphia Voices” even features iconic Philly food in an unconventional way.

“There is a cheesesteak solo,” Machover reveals. “I went twice to Pat’s cheesesteaks to collect sounds. The second time, it was after the Super Bowl win and the recordings were amazing — between the cheesesteaks cooking and what the cook told me about the city and what cheesesteaks mean to Philadelphians.”

One of the coolest partts about the project however, is that the entire city could contribute to it.

“7,500 sounds were submitted,” he says. “We made an app. People could contribute sounds on their phone. It automatically knows where you’re recording from, building a map of the city through sound. That was the easiest way to participate.”

On Thursday, April 5, “Philadelphia Voices” makes its debut at the Kimmel Center with the Philadelphia Orchestra and runs through Saturday, April 7.

“I really got to love Philadelphia doing this project,” Machover says.